My latest solo exhibition "The Sweetest Cutest Closets" was shown at Domeij Gallery
between October 5 - November 9, 2019.
For more information follow me on Facebook or Instagram.
I also participated in the group show "Passagen 20 år" at Passagen Linköpings konsthall in October 2018. Before that I had a solo exhibition at Norrtälje Konsthall January 27 - March 18, 2018.
and "Autumn Frills" at Domeij Gallery November 24 - December 17, 2016

In addition to painting I have been working on dresses for some years now. I have made them myself from japanese lolita patterns and I have also drawn on the fabric.
In 2015 I participated in the group exhibition "Suecia Contemporare - Erik Dahlbergh och samtiden"
at Uppsala Konstmuseum between June 6 - September 20, 2015.
In this group exhibition I showed three new dresses called Universitet JSK, Mejan JSK and Kyrkan JSK alongside five older paintings. In the picture below you can see three dresses accompanying my painting in a group exhibition with Patrik Graham and Anders Romare at Galleri Charlotte Lund
August 28 - September 20, 2014. 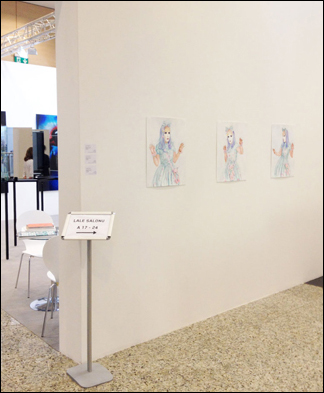 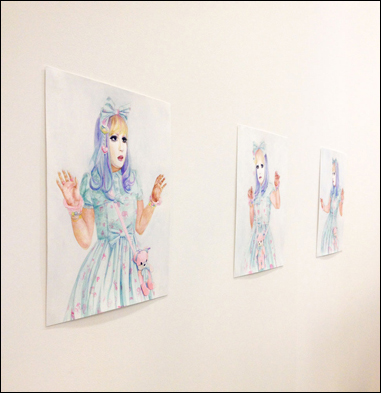 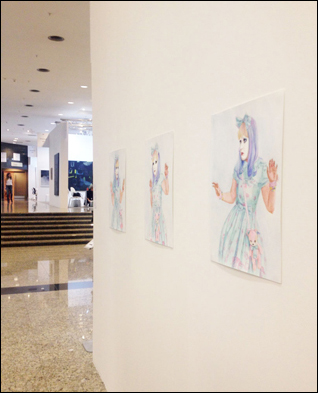 Three new watercolours of my model Jen were displayed in the Galleri Charlotte Lund booth at the Art International Istanbul
2628 September 2014. 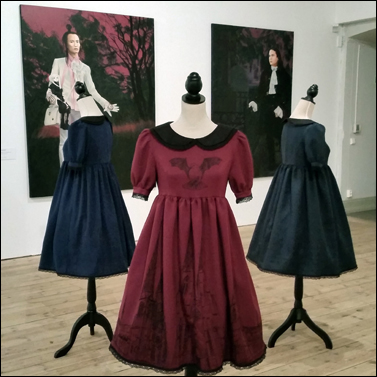 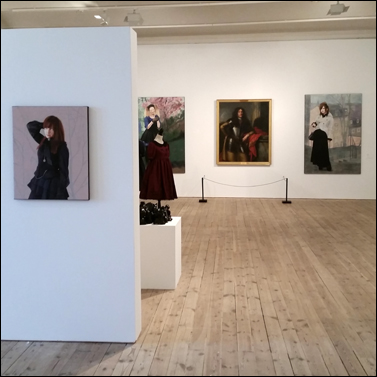